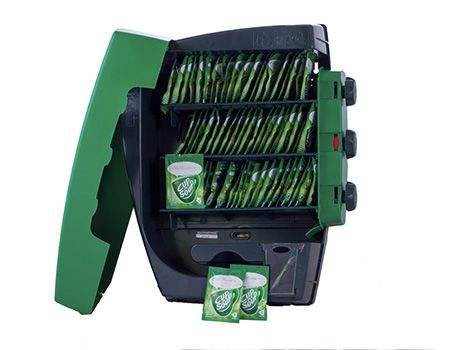 Orange Plastics has already received several orders for unilever’s brands. Here are two examples of what we have been able to help develop and produce.

For Cup-a-Soup a dispenser had to be devised where the bags of soup are stored and handed out. An external design agency came up with the Cup-a-Soup dispenser and Orange Plastics was designated as a plastic injection molding partner. The complete product is made by us, consisting of more than 50 parts and fully assembled and assembled. Then neatly delivered in a Styrofoam pack ready-to-use to the end customer..

In many cases, Orange Plastics works closely with design agencies that come up with a design but do not have the ability to produce themselves.

In addition to the Cup-a-Soup dispenser, we have also ralized the “Less dispenser”

Another fine example of an inventive solution in which sustainability and aesthetics meet; the Less dispenser. This device ensures that you always add the right dosage of detergent to your wash. By means of a pressure system in combination with a cap that gives off the right amount, you will never be wrong again.

Through a start-up program within Unilever started and partnered with a design agency, they joined Orange Plastics for the production and assembly of the dispenser. In this triangular ratio it has become what it is and made in multiple versions. In addition to virgin material, a considerable number of used plastics have been made, which not only made the product look neat but also durable. 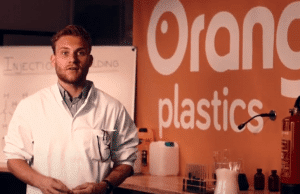